Israel is a land of great beauty and contrast. From the mountains in the north to the desert in the south, Israel is a constant surprise. There are not too many places in the world where you can ski on natural snow in the morning, drive for about five Also of hours, then close the day with a dip in the ocean. There are tremendous contrasts not just between the cities, but also within the cities themselves. Not only does each city have its own individual look and feel, every city has it particular areas that determine the heart and soul of that city – each has its own personality, its own people, taste and feel. 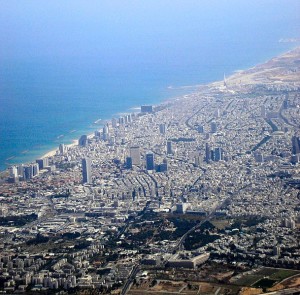 After the exile by the Romans at 70 CE, the Jewish people migrated to Europe and North Africa. In the Diaspora (scattered outside of the Land of Israel), they established rich cultural and economic lives, and contributed greatly to the societies where they lived. Yet, they continued their own national culture and prayed to return to Israel throughout the centuries. “Next year in Jerusalem” is a familiar ending to any Jewish celebrations.

In the first half of the 20th century there were major waves of immigration of Jews back to Israel from Arab countries and from Europe. During the British rule in Palestine, the Jewish people were subject to great violence and massacres directed by Arab civilians and forces of the neighboring Arab states.

Durng that 2000-year period, the even before the waves of immigration many thousands of Jews moved to Israel over the centuries, to continue a Jewish presence in the Holy Land. Some came for religious reasons, while others came for ideological reasons, but they all shared one dream; to settle the land and to see the desert bloom.

We can only marvel at how from the early part of the 18th century (when many Jews bought land and begin to establish new homes and towns) to today Israel has flourished.

The malarial swamps and the arid sand dunes have vanished, and in their place is a vibrant, living, welcoming country. Israel leads the world in research and development. Per capita, it has one of the highest percentages of startups and can claim thousands of new inventions, medical devices, telecommunications breakthroughs, and so much more. This site, www.urbanisrael.com is all about the cities of Israel, where every day people strive to live their lives in peace, make their city, their country and the world a better place to live, where things happen – only in Israel.

This is the story of Urban Israel…city by city:

Jerusalem, the capital of Israel, is the soul that reminds Israelis of our long history and our devotion to all that connects us to this land.

Tel Aviv is a cosmopolitan city. They call it the city that never stops…all hours of the night, you can find restaurants, clubs, and people enjoying the air and atmosphere that is uniquely Tel Aviv.

Haifa is a pearl nested on the shores of the Mediterranean, its beauty and grace placing it in the hearts of Israelis as our third largest city.

Tiberias is an ancient city on the shores of the Sea of Galilee in northern Israel. It is, for many Israelis, the gateway to summer vacations in the north – barbeques on the shore, games and fun, water sports, fishing, swimming and more.

Eilat is a beautiful city on the shores of the Red Sea in the Gulf of Aqaba. It is unique in Israel for its overall atmosphere. Unlike any other city in Israel, most of the city is dedicated to offering entertainment and fun to its visitors.

If you have a favorite city, restaurant, or fun place you visited in Israel, or wish to share with us your pictures, please send them to info@urbanisrael.com and we’ll post them.